“It’s as easy as pressing a button!”

This is what I tell my students on their first day in the yearbook class.

Taking photos should not be complicated. In this first of two articles, I’d like to share with you some thoughts on indoor sports photography and just how easy it can be. Before you head for the gym, you should plan a picture-taking strategy. Decide what you want to capture and then use these tips to get lots of great storytelling photos. 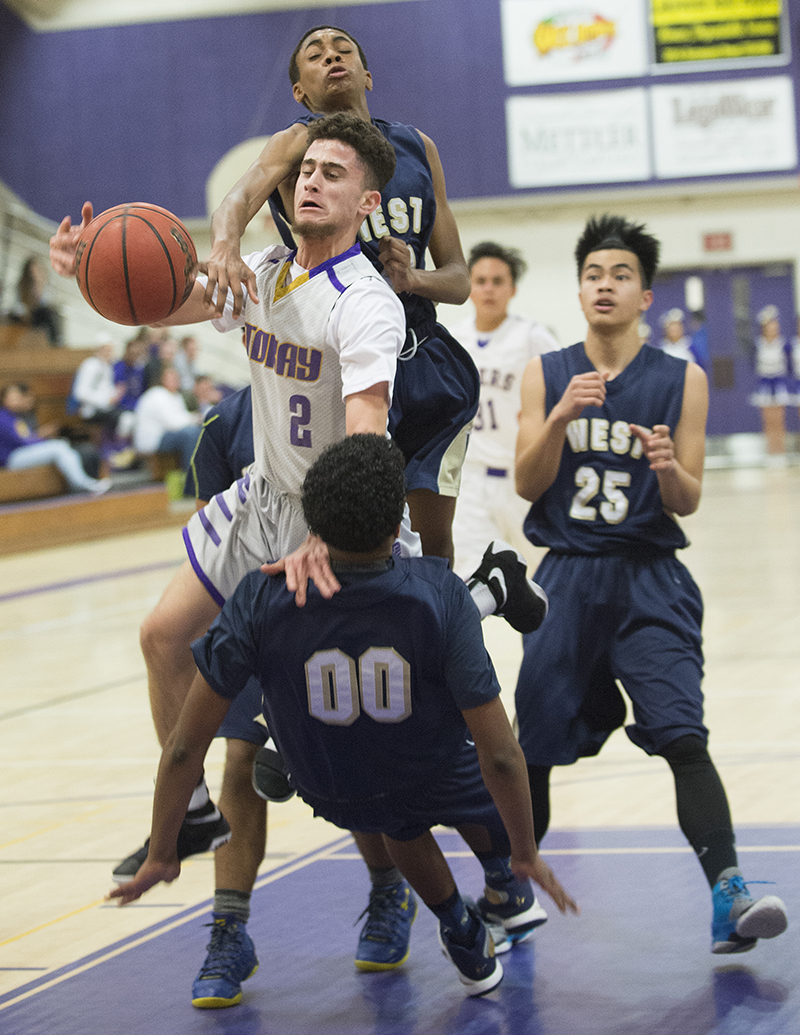 Turn around and take photos of the bench, especially after a score. Include as many players in photos as possible — not just those athletes playing the game. Take photos of warm-ups, which are an opportunity to capture action shots of players who don’t get much play-time.

Make it look like the players are having a conversation with you. Get at ground level for wrestling. Set the camera on beanbags on the gym floor to take pictures. Use a monopod with quick release mount to get low, steady shots. For volleyball and basketball, try to be at eye level of the players.

Regardless of which sport, try something unique and creative each time you go out. Try standing at an angle to take in the fans in the bleachers and the cheerleaders energizing the crowd. Set your camera on the gym floor or from a place no one ever stands to take a photo. The court looks a lot different from the top of the bleachers. Set up a GoPro camera above a basket in a basketball game to take remote images. Boring is not beautiful in photography. Extend yourself.

Try to blend in and make friends with the referees and coaches. This may sound funny, but the less you stand out, the easier it will be to take great shots at the game. Players, fans and referees shouldn’t be distracted by your presence. Talk with the referees before a game and ask them where they will be standing. Most referees will try to accommodate photographers. Make at least one new referee friend each game.

Never be satisfied with a photo

A photo can always be better. Try to improve with each shot and never miss a shot because you were unprepared. Seek out every opportunity to learn: read magazines and online articles, watch YouTube videos and experiment. Talk to other photographers and see what they do during a game.

Try to shoot multiple games of each team throughout the season to ensure you get the best photos. In succeeding games, take more chances and follow individual players on the court. During the first half of the first game, start with a wide-angle zoom lens (16-35mm or 24-70mm) for team shots and position yourself at a corner or under the basket for basketball. For volleyball, use a 24-70mm lens and position yourself at the middle of the court, off to the side of the scoring table. 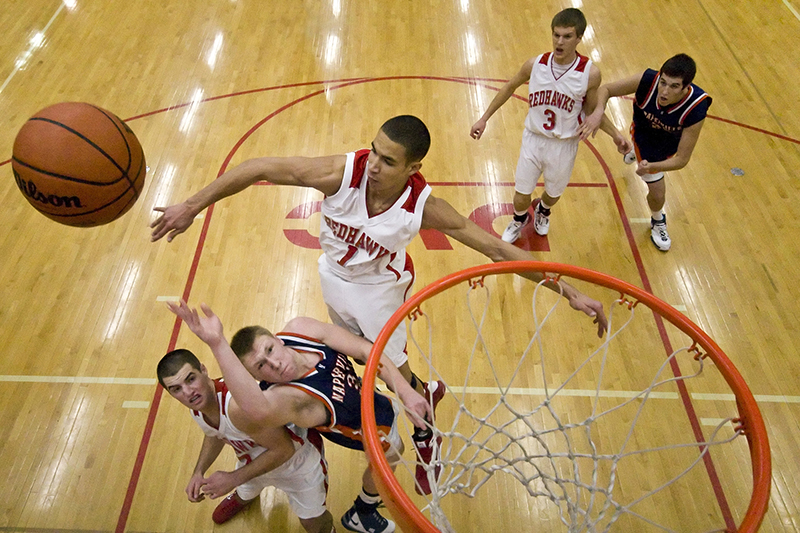 Ready for your close-up?

During the second half, get close-ups of players coming towards you and across the court at the other end, while the team is playing defense. Use a 70-200mm lens or a 135mm prime lens. For wrestling, the 70-200mm is a good choice. During second and subsequent games, use only prime lenses: 50mm, 85mm, 135mm, and sometimes 300mm. 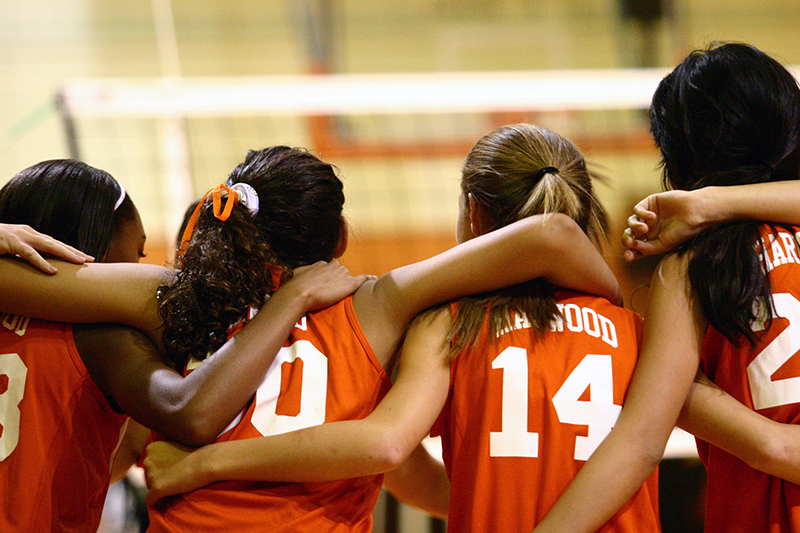 Select my school/group to view custom products and pricing.
Current Affiliation: None Remove Group Affiliation
Please note: If your school or group has closed, you will not be able to locate it on our website.

You are using an outdated browser. Please upgrade your browser to improve your experience.